An extraordinary vision brought to life

Long before the destination was even open to the public, the Sheikh Abdullah Al-Salem Cultural Centre was a global talking point within the conservation and heritage sector. As part of the new Kuwait National Cultural District (KNCD), the 13-hectare site was set to become the largest museum in the world. Inviting the public to explore some of the finest achievements from Kuwaiti, Islamic and Arab history – as well as the scientific and cultural feats of many other countries worldwide – the diverse heritage centre promised to celebrate new and old in its first-class space. It was perhaps no surprise that the world’s greatest museum talent was hand-selected to deliver this prestigious $1bn project.

Approximately sixty specialist suppliers from four different continents were reportedly involved in this vast scheme, including local construction firm Alghanim International who led on the building works; museum fit-out professionals Beck; London-headquartered designers Cultural Innovations; Design Project Management; and the internationally-renowned creative display experts from UK-headquartered Leach. The much talked about Cultural Centre would comprise 22 very different galleries across a 22,000m² exhibition – and Leach was the only company appointed to work across all 22. 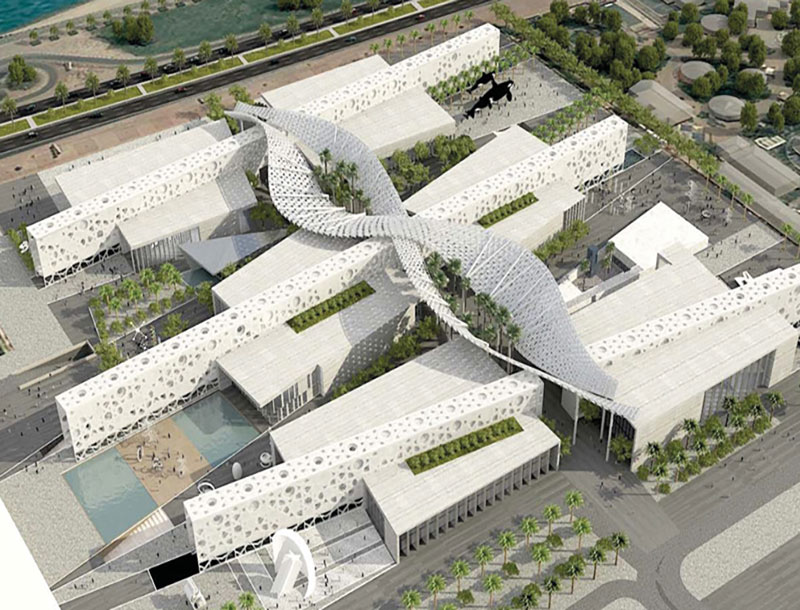 A unique project on an incredible scale

Having received a design brief for each of the individual environments, the Leach team were in awe of what the client was trying to achieve – in a seemingly impossible timeframe. The creative concepts – which ranged from cutting-edge science to natural history – were world-class and this was going to be an exciting journey to help bring them to life. When it came to exactly how to produce the displays for maximum visual impact, the decisions were left in Leach’s capable hands. Head of Projects Tom Foster recalls what was involved: Multiple suppliers met in London 22 times – one meeting for each gallery – to fuel a truly collaborative approach to the project. Once the project had been finalised Leach’s experienced team knew exactly how they would approach each display and returned to their headquarters to manufacture all graphics in-house.

Everything was then carefully packed in 40 crates to make the phased 12-week shipping journey to Kuwait, where a 15-strong Leach installation and project team awaited their arrival. Passionate about the quality of the finished exhibits, Leach flew out to the Middle East to personally install every component part. The schedule was tight from the outset with even less time than first anticipated as delays were encountered elsewhere in the project. However, with a dedicated team at the fore there was no way Leach was going to miss the deadline given. So, they worked 9,500 hours over a 15-week period to deliver exactly what was required.

“This was a story-telling project on an incredible scale, so we thought carefully about the materials and print techniques we’d use for every individual piece of the puzzle. We wanted the displays to be as visually impactful as possible, but longevity was important too. Visitors would be encouraged to touch and interact with the exhibits, so everything had to stand the test of time.”

An extraordinary vision, brought to life!

The most prestigious gallery – the Arabic Islamic Science Museum – was the first to open, followed by a number of other awe-inspiring spectacles including the Natural History Museum, Museum of Transport, and Museum of Robotics. One particularly unique and spectacular section is the full-size aquarium with a 10m high walkway that allows you to enjoy the marine-life from up in the treetops.

The result is an incredible exhibition space, and as a team, Leach were extremely proud to have been chosen to be involved, despite being based around 5,000 miles away. Leach is no stranger to projects in this part of the world, having completed assignments in Abu Dhabi, Bahrain and Oman, to name just a few. The organisation’s cultural sensitivity, experience of working in a very hot and humid climate, and a proven reputation in the everevolving heritage sector, stood the company in good stead to secure and deliver this project – which exceeded all expectations.

“We’re a company with a rich history of our own, but when it comes to delivering projects for the museum and heritage sector, it’s our progressive commitment to customer service that sees us sought out for even the most complex of briefs.”